“South Africa has a large beer market. However, it is not very sophisticated preferring simple and easy to drink lagers. Devil’s Peak Brewing Co. want to change all of that. But, first we need local beer drinkers to understand that ‘craft’ means better beer. So, we built a One Armed Beer Bandit that pays out in delicious Devil’s Peak craft beer when you line up the core ingredients; barley, hops and water. It’s what our head brewer calls, Jackpot Beer.”

We were tasked with creating an interactive experience for Devil’s Peak Brewing Co that would highlight the fact that a craft beer is a better beer. So, in collaboration with Intrepid Fox, we designed and built a one armed beer bandit that rewards users with one of the delicious brews in the Devil’s Peak range.

To win the beer jackpot, participants insert a custom copper coin in the slot, pull the arm and the barrels spin. There is a one in six chance of winning – line up the correct ingredients on the barrels and you’ll hit the jackpot. There are three barrels with three different combinations of ingredients, highlighting the fact that the Devil’s Peak Brewing Co. only uses three core ingredients. The machine then dispenses a beer as your prize – it’s Jackpot Beer, according to the DPBC head brewer. 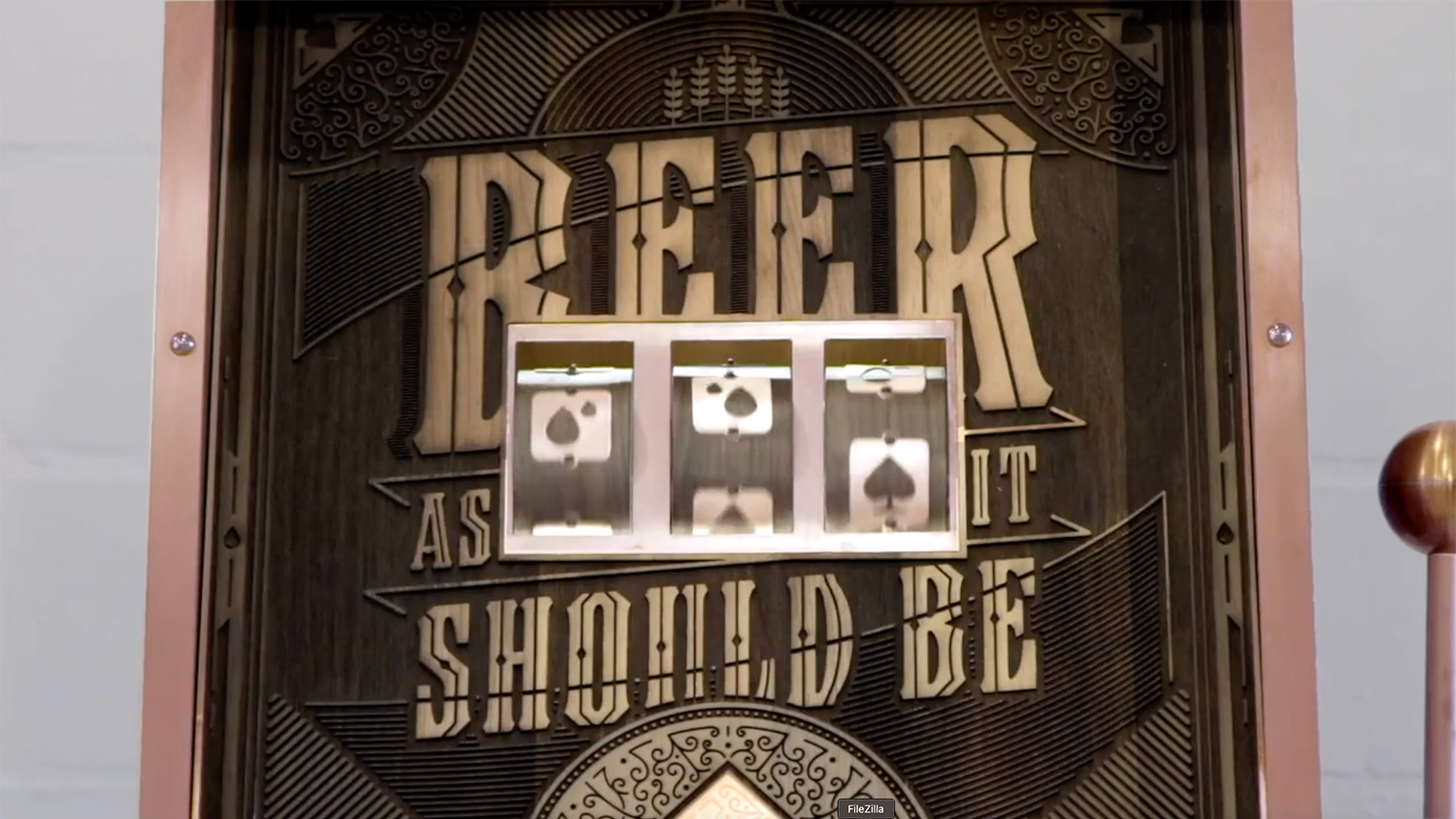 We designed and made custom copper coins for use in the Beer Bandit’s. When the spring loaded arm is pulled and the trigger reached, the three mechanised cylindrical American walnut barrels spin until they have slowed to a stop on one of the icons that represent the core ingredients. The barrels are lit from behind a faceplate using LEDs. The lighting can be programmed to flash or fade, to light up for different events such as winning. We included sound as part of the experience by adding a 14W speaker system. The machine has been designed so that the odds can be coded into it.

The beer bandit was designed to hold 12 beers, and lined to keep them cool.

Every detail has been taken into account, including a built in bottle opener.

Keen to work together?

We would love to hear from you