The Laser Harp is an art piece that we were commissioned to create for the 2019 Spier Light Art exhibition. A multi sensorial experience, the Laser Harp was a display of visual beauty that invited the audience to interact with it through the sound element that was included.

Shaped like a halo, the centerpiece of the artwork had three lasers shone on to it from the left and right sides. These lasers were programmed to bounce off a series of one and two-way mirrors before they hit the halo which created a geometric light show that illuminated 14 unique sensors, each of which was programmed with a musical note.

The sensors detected when a laser beam had been broken, triggering a reaction that ended in a musical note being played over the hidden sound system in the room. The mirrors bounced the laser beams in such a way multiple notes were created by multiple broken laser beams, and thus playing a chord.

The finishing touches to the artwork were the three ultrasonic misters that were placed above the halo centrepiece to make the laser beams more visible. The addition of ambient sound recordings from all around Cape Town were looped in the background, creating an emotionally immersive element to the work.

The laser harp was a part of the “Harp Space” art piece at the “Light Art” exhibition at Spier Wine Farm in December 2019. 3 Lasers from the left and 3 lasers from the right shone towards a central halo. The lasers bounced off of multiple one-way and two-way mirrors on their way to the halo, creating a geometric pattern before illuminating 14 unique Light Dependent Resistor (LDR) sensors, each representing a note, attached to a Raspberry Pi.

The LDR sensors could determine if a laser beam had been broken or not. If an LDR sensed that a laser beam was no longer shining on it, it triggered a Raspberry Pi to play a specific note over the hidden speakers in the room. The mirrors bounced the laser beams in such a way that by breaking the source of a laser beam, multiple LDRs could be triggered, resulting in multiple notes being played to from a chord. Or, a beam could be broken resulting in only a single note being played. This way, the art piece could be played like an instrument.

3 Ultrasonic diffusers were placed above the piece to make the laser beams more visible and ambient sounds recorded from all around Cape Town were continuously played in the background. This made the piece not only visually beautiful to experience but invited people to interact with it together. 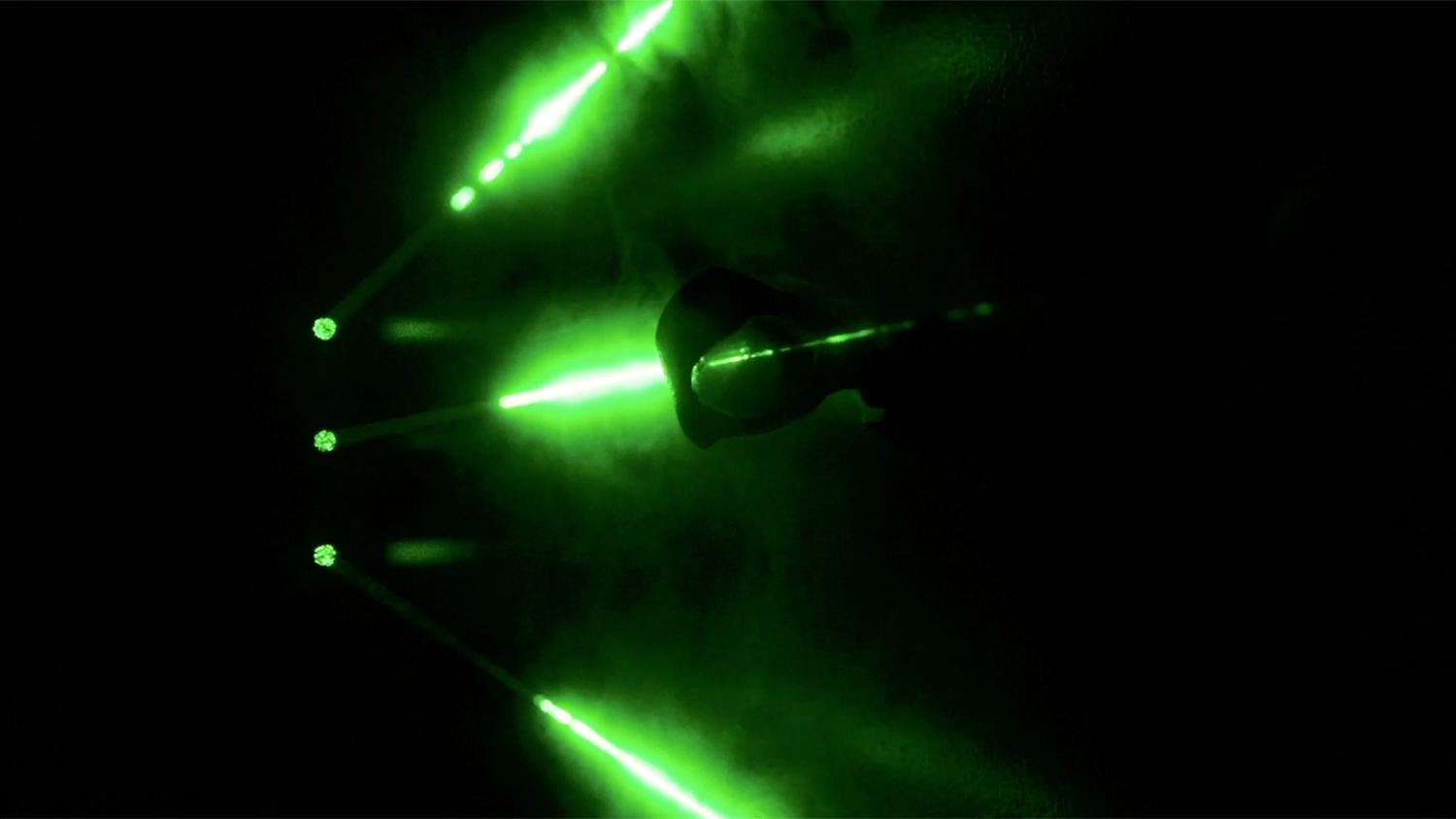 Six lasers, three on the right side and three on the left, were used to illuminate the art piece. They hit a series of one and two way mirrors which broke the beams to form a laser pattern, and finally one of 14 unique Light Dependent Resistor (LDR) sensors, each one attached to a Raspberry Pi GPIO (and associated with a specific note) which is triggered when the LDR is in complete darkness. When the Raspberry Pi GPIO pin is triggered, the corresponding note is sent to Sonic Pi, which then plays it on a speaker.

The three ultrasonic misters were switched on and off via a relay.

The piece is activated by a button so that the misters and lasers can be turned off.

Keen to work together?

We would love to hear from you